I was trying to figure out how to get the G5RV antenna that I bought last weekend at the hamfest (HamEx) up and get on the air with more copper in the air than the current setup (a hustler vertical) allows me,  so I've gotten the following "antenna hoisting" apparatus (homebrewed) up on the side of my house.  It's a TV wall mount bracket and a bit of a homebrew hardware store hoist.  I regret not going with a sturdier single piece of vertical pipe. As it is, I have a bit of a "There I Fixed It" quality of homebrew.   If it fails, it's going to just gently fold in half on me, I hope.   I have wire guys on there that can hold the weight, so I'm pretty sure this won't fall on anyone's head.

If it stays up for a few weeks, that will be all this arrangement lasts. I think I'll replace the flimsy metal 0.5" conduit with something that is stronger. Perhaps some fibreglass pole.  In the photo here there is no G5RV yet. Just this pole, and some rope, and a pulley, for hoisting things weighing up to 10 pounds, up to 8 feet above the peak of my roof without climbing up on it.

Once the weight is on this flimsy pole, I will adjust and re-true the guy wires, and hopefully it lasts for long enough for me to have some fun before I obtain a better mast. 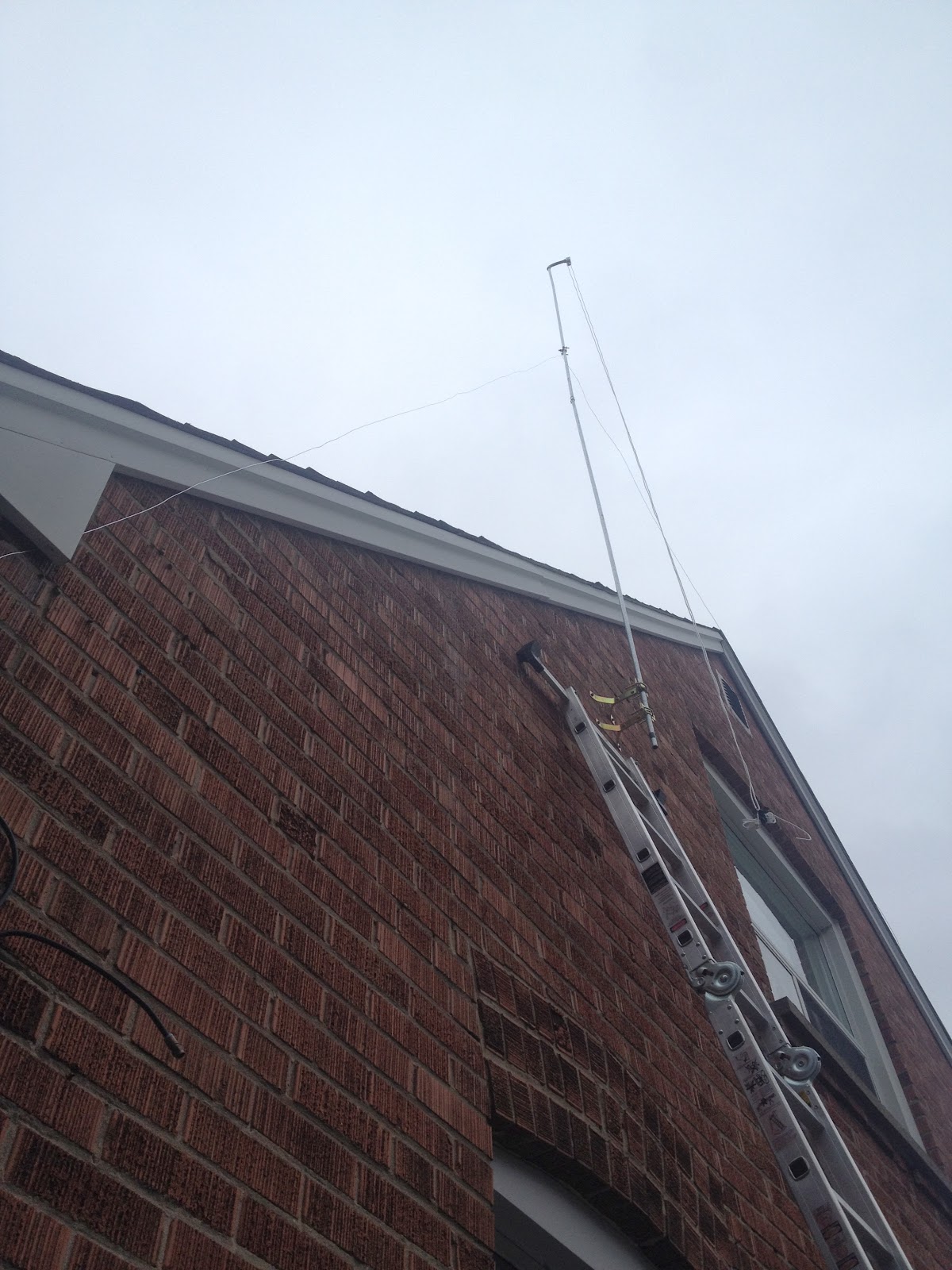 Update: One week later, the bottom half had bent almost 15 degrees and the whole thing looked like a downrigger.    After I tried to straighten it up with the guy wires I managed to get it bent into a C shape.  Then I took it down.  I also managed to bend the brackets a bit while trying to un-bend the cheap conduit.  Lesson learned? 0.5" conduit is for putting wires inside of, and bolting to a wall, not for building antenna masts with.  Uh, yeah. Shocking, I know.